For the past century, pop culture has helped define decades and generations. With its fitting double entendre, the Latin root word for people, “pop”, has served as a descriptor for the art, music and culture that’s popular to the populace at any given time since about the 1950s.

With each epoch, the societal climates globally and close to home emerge into trends identified by particular fashion, music, art, food and other cultural movements. Each decade serves up its own distinctive flavor, that often becomes the subject of inspiration, envy, ridicule or reinvention by future generations.

What ingrains itself in popular culture frequently has roots in rebellion. Each generation finds their own way to differentiate themselves from the last.

For instance, music has gone from using the human body as an instrument to using technology.

As well, some may say the evolution of fashion over the past century has been a devolution.

While attire has been marked by advancements in creating stylish, comfortable clothing for both men and women— think excursions in yoga pants over (gasp) corsets—others may find today’s frequency of donning athleisure over haute couture a fashion downgrade.

Others rejoice in it.

As we head into 2020, a whole new decade, let’s reflect back on some notable pop culture highlights of past ones over the last 100 years. 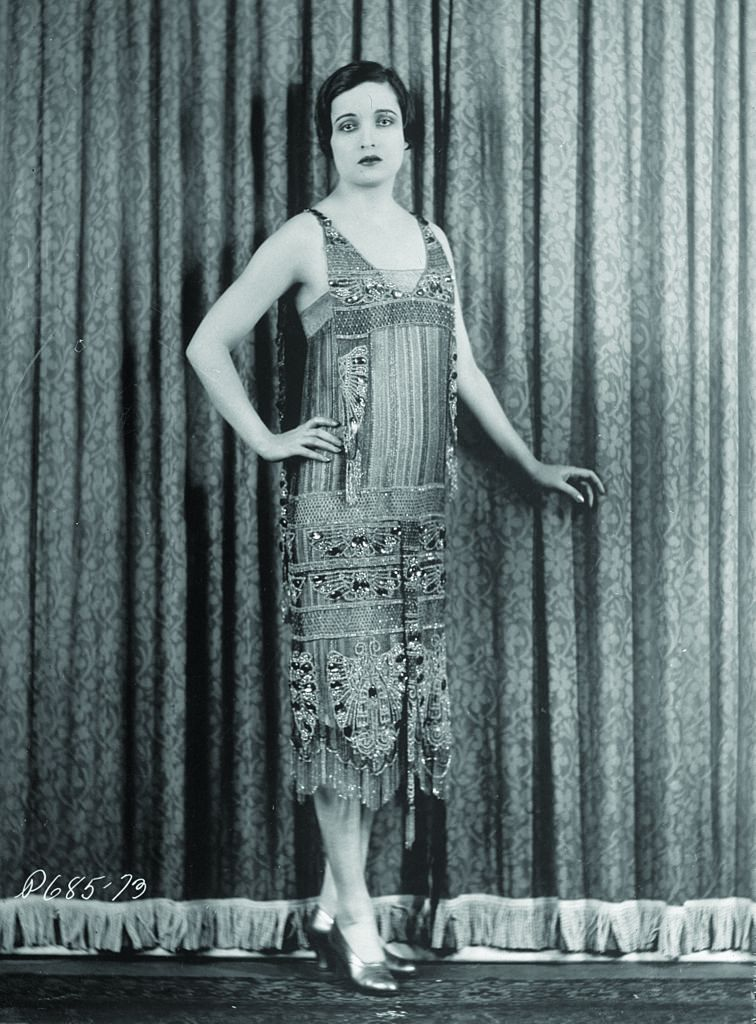 Ratified in 1920, the 19th Amendment gave women the right to vote. That year also saw the onset of Prohibition, and, thusly, the rise of the American Mafia.

Females continued to push the envelope in fashion, which was often comprised of hair fascinators and sassy flapper outfits.

America’s beloved automobile was becoming more mainstream, thanks in large part to Ford’s invention of the moving assembly line in the previous decade.

A new sense of freedom and prosperity emanated across the U.S. after World War I. Nightclubs, dancing and free-flowing and spirited jazz music were all the rage.

Published in 1925, F. Scott Fitzgerald’s The Great Gatsby was inspired by the renowned author’s firsthand experiences at the era’s elite, glamorous parties. The novel is still celebrated today. 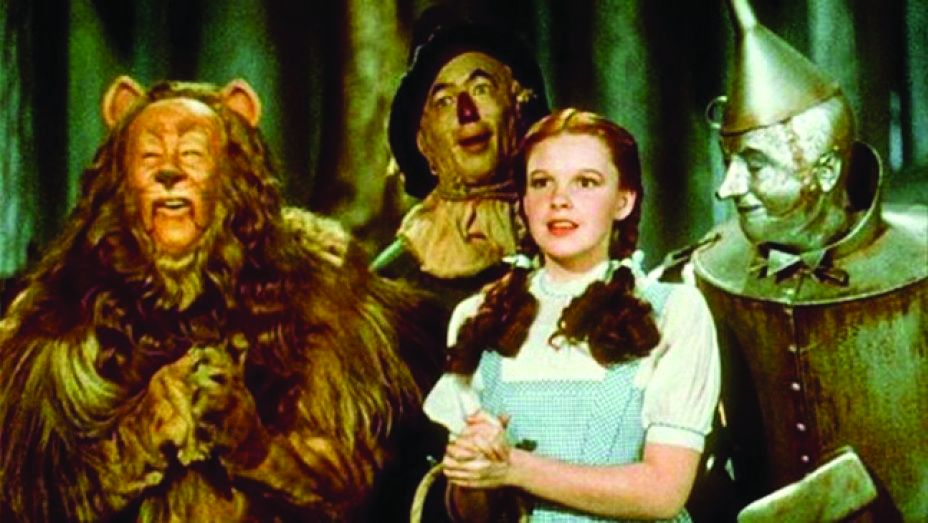 When the stock market crashed in October 1929, millions were left destitute.

The 1930s were therefore marked by the Great Depression. As a result, President Franklin D. Roosevelt enacted a series of financial reforms, programs and public-works projects across the nation to try and get the country back on its feet.

Straddling the Arizona-Nevada border, the Hoover Dam project was just one.

With the Depression sinking into everyone’s psyche, movies became a great escape. Considered the “Golden Age of Hollywood”, the emergence of more full-color films plus legendary classics such as The Wizard of Oz and Gone with the Wind marked the ‘30s.

People were also once again provided with libation relief as Prohibition was ended nationally in 1933. 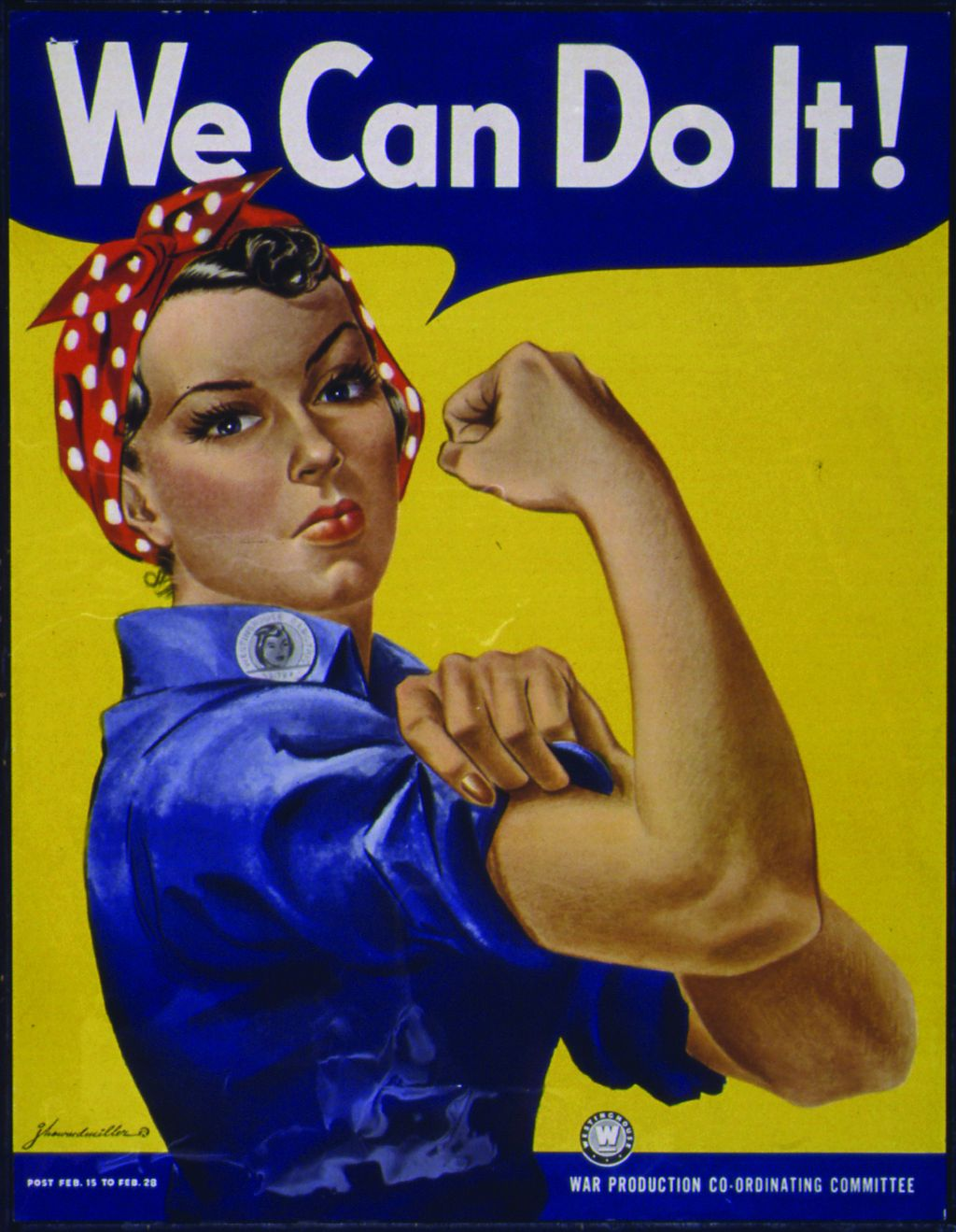 J. Howard Miller’s iconic poster of Rosie the Riveter for the Westinghouse Electric and Manufacturing Company was intended to recruit women to defense industry jobs as American men were shipped off to fight in WW II.

It became a battle cry for females taking the country’s reins, working in shipyards, munitions plants and other jobs long-considered more masculine.

Crooners such as Bing Crosby and Frank Sinatra, and big bands took over the radio airwaves and stages. Ella Fitzgerald and Louis Armstrong became symbols of jazz music, rising in popularity by leaps and bounds.

Casablanca and It’s a Wonderful Life attempted to bring smiles to the masses while the world was at odds.

Fashion transitioned from feminine to functional. Modesty was key, and women often sported pants and utilitarian clothing befitting of their new workplace roles. 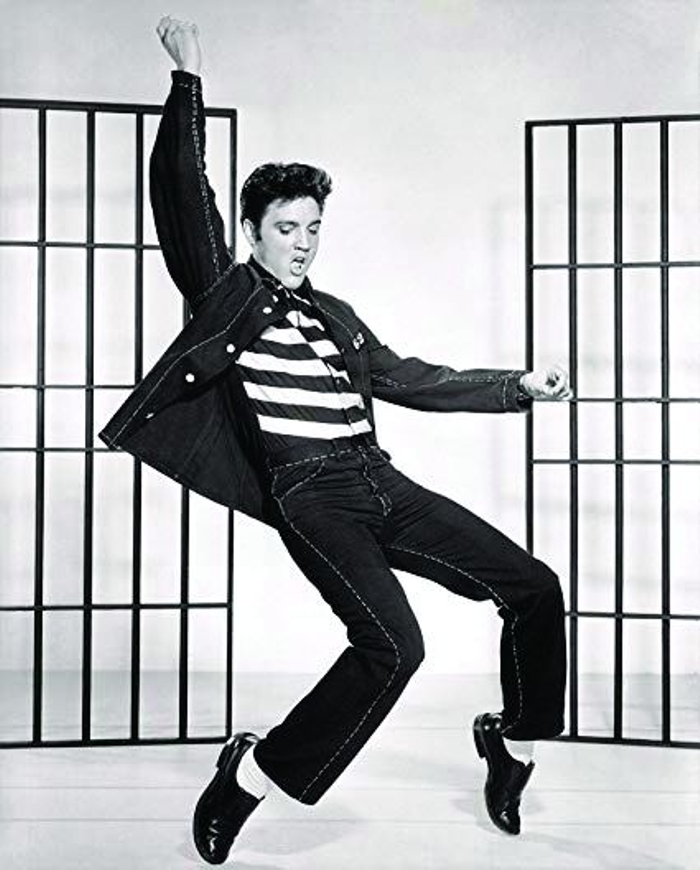 Visions of happy homemakers are unavoidable when thinking of the ‘50s.

As the men returned from wartime and eased back into their former roles at home and work, women were often relegated to running the household.

Depictions of pin-up-perfect, apron-clad, smiling women serving platters of food to their eager families at the dinner table were ubiquitous.

New and novel for most households, modern American families circled the television set after dinner to watch sitcoms such as I Love Lucy and Leave it to Beaver.

Hourglass shapes with full skirts and small waists were all the rage in fashion for women, with Marilyn Monroe leading the trend.

Glamour was defined by the likes of Dior and Chanel. Men took to sporting three-piece suits.

Beefy-grilled behemoths took over the roads. Dramatic tail fins, wrap-around windshields, prominent hood ornaments and an abundance of chrome sat atop four wheels as America’s love of the automobile took on a fever pitch.

One thing truly defined the ‘50s though: the emergence of a new style of music called Rock and Roll.

The younger generation’s form of audio rebellion against the big band era, guitars and drums took to the stage and studio, while the hips of swoon-worthy artists like Elvis Presley and Chuck Berry swiveled provocatively, much to many mothers’ dismay. 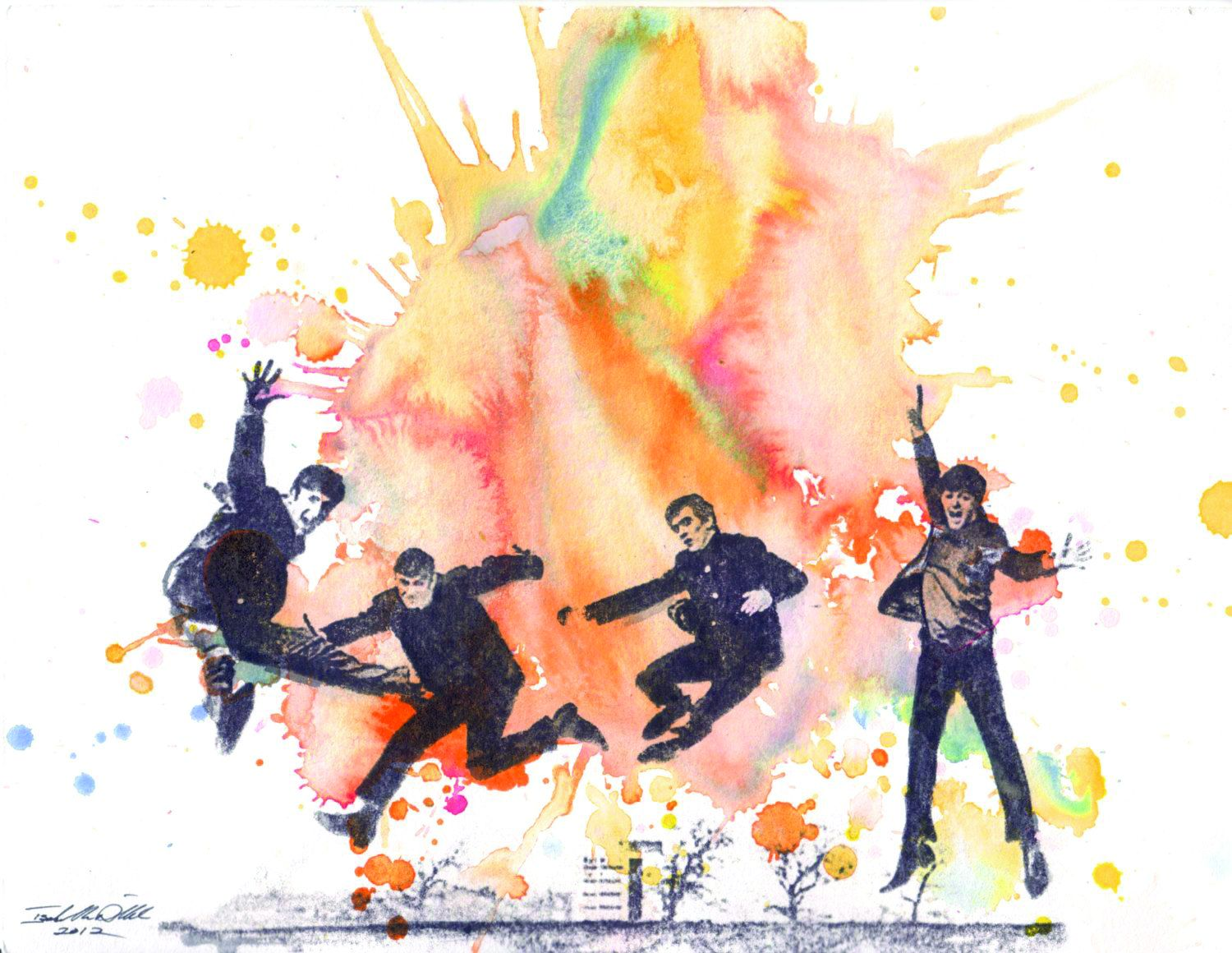 It was a decade of volatile juxtapositions.

Peace and war. Civil Rights and those who didn’t care about equal treatment for all. Anger spurned tremendous creativity. Distinguished, admired leaders like John F. Kennedy and Martin Luther King, Jr. were assassinated.

The counterculture was popular culture for many.

Timothy Leary told the world “Tune in, Turn On, Drop Out.”

It was a decade full of free love, hippies, tie-dye and the many ways people altered their mental state to try and make sense of a world in flux.

Conservative fashions of the ‘50s were blown away by psychedelic patterns and colors, and dramatically rising hemlines for women.

It was perhaps the most influential decade going forward the world had yet seen. 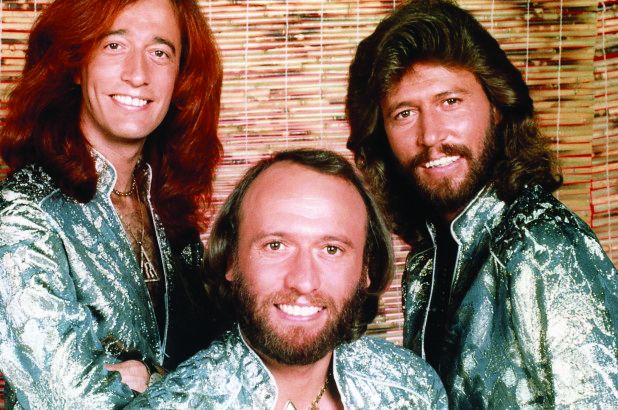 Microwaves brought quick, easy foods to the forefront. But let’s be real, eating was secondary to dancing and partying for many.

Disco was blasted in dance clubs like Studio 54 and out of muscle cars. A latter-decade global oil crisis then turned cars into more efficient machines.

Star Wars turned many fanatical about space and the movie series.

Hip hop in New York began explaining life foreign to many across the country, while the Bee Gees kept people roller skating on the weekends. 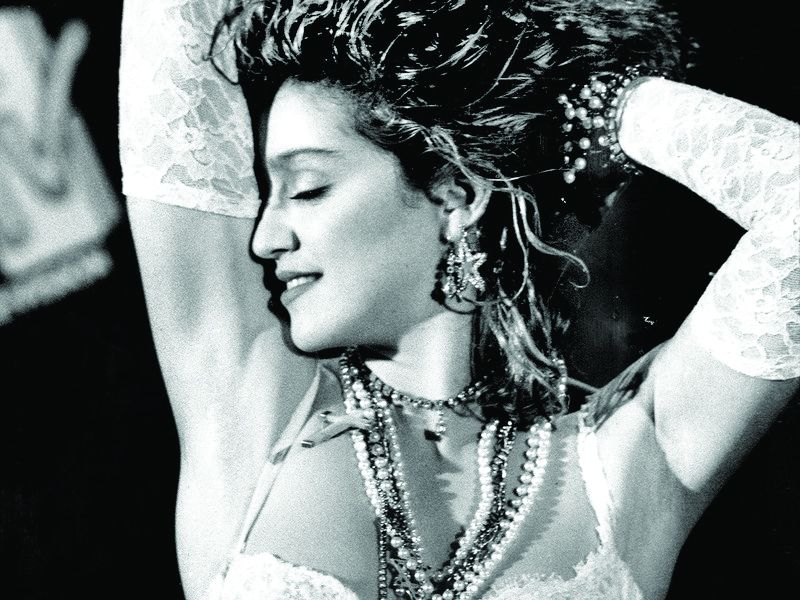 In the U.S., Ronald Reagan, a former actor, became President for most of the decade. Kids across the nation were encouraged to “Just Say No” to drugs by the First Lady.

A defining decade for pop music, the ‘80s were highlighted by musicians such as Madonna (what Gen X-er doesn’t remember asking their stunned parents how to be “Like a Virgin”?), Cyndi Lauper and Michael Jackson.

Rebelling against the radio favorites, punk rock, new wave and rap music were segments of other populations seeking to define their lives through music. Many rebels were also found on skateboards in the ‘80s.

Fashion glowed with neon. Women teased their hair to within an inch of its life or pinned it back with banana clips. Track suits and sneakers like Nike’s Air Jordans were purchased in droves.

Sitcoms such as the drama-heavy Dallas and Dynasty, action-packed Dukes of Hazzard and M.A.S.H., and lighter-hearted shows like Three’s Company and Cheers gave TV-lovers everywhere something to look forward to weekly. 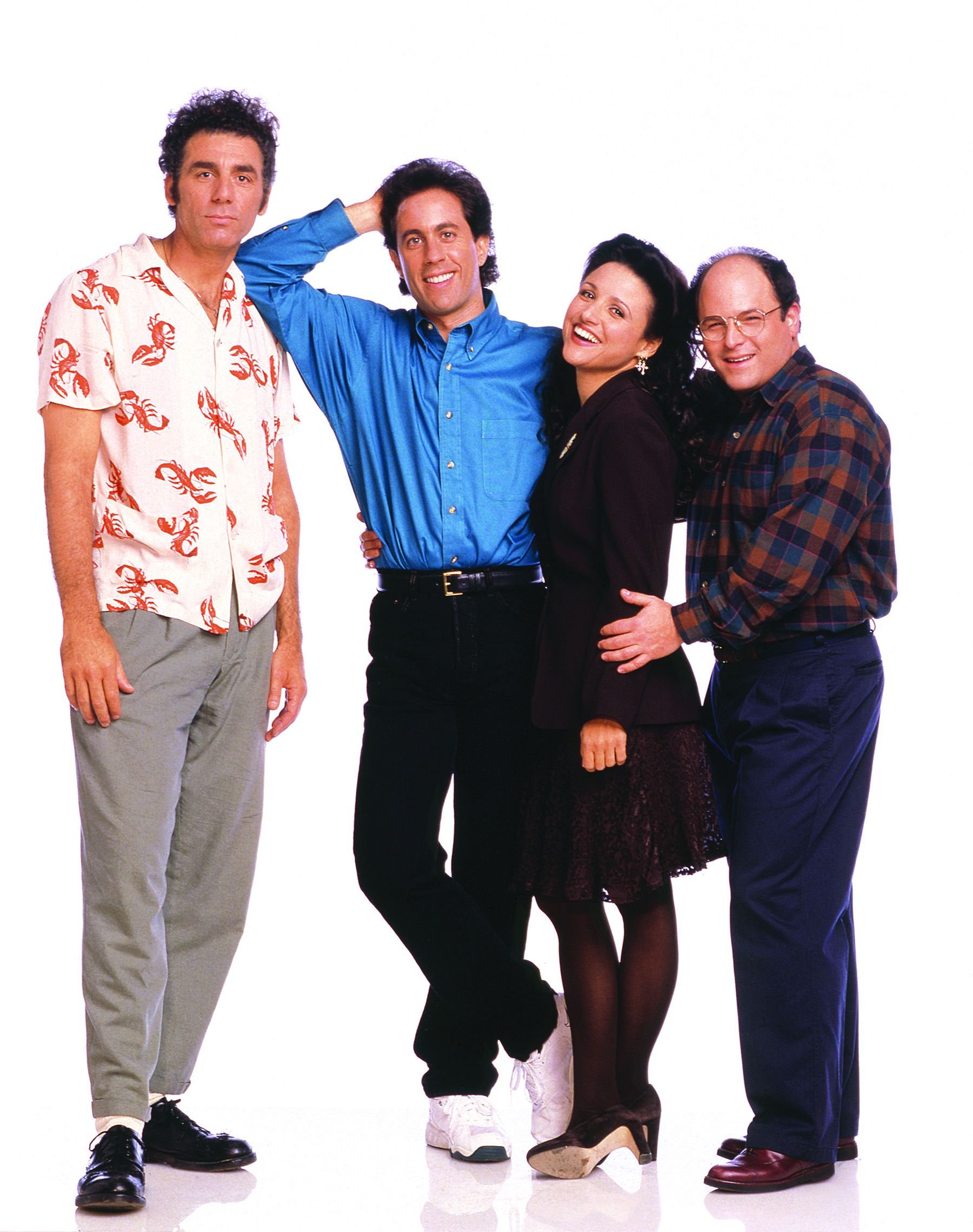 It was another decade of societal evolution. A war on Iraq was begun in this decade. President Bill Clinton was then elected in 1992.

Huge engines on fast cars were indicative of a thriving economy where gas prices were no longer of concern.

CDs began to replace tapes, playing genre-defining grunge music coming from Seattle like Nirvana and Pearl Jam. Millions of heads bobbed to the beats above flannel shirts and torn jeans.

Gangster rap music expressed a different type of angst. The censorship movement over song lyrics by the likes of N.W.A. and others was in full force, and often ignored by malcontent youth.

While the masses watched iconic movies such as Pulp Fiction and TV shows like Seinfeld and Friends, other channels aired police chasing pop-culture-icon-turned-accused murderer O.J. Simpson down California highways, and riots breaking out in the wake of the Rodney King trial.

With the millennium approaching, a mania ensued, as concern over now-readily-found computers crashing once Y2K hit grew. 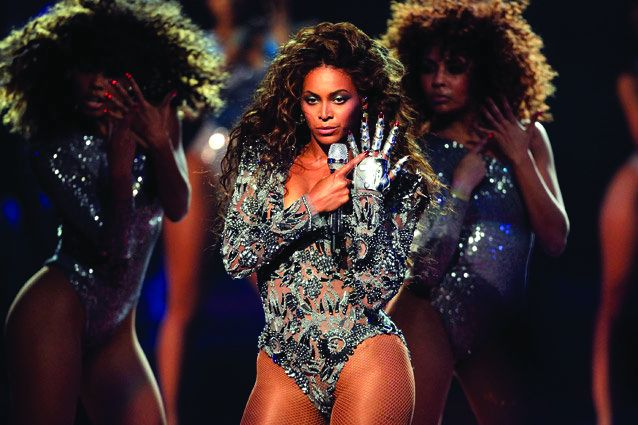 With an underwhelming computer response to Y2K, the masses looked towards the next thousand years.

Eco-awareness hit many, and thanks in large part to computers, globalization began for the populace. We now knew what people across the world did, how they felt and lived, and what they believed. We wanted to explore our planet, and did, and then wanted to save it.

On September 11, 2001, the entire world changed. A War on Terror was begun. Fear came to the forefront of life. Travel changed forever.

In 2007, a deep-seated financial crisis set in around the world.

The new digital social media platforms engrossed young and old, and items such as iPods took music to yet another level, turning CDs into prehistoric pieces of plastic.

A new show called American Idol was riveting weekly, as was the first Idol who went on to greatness, Kelly Clarkson. 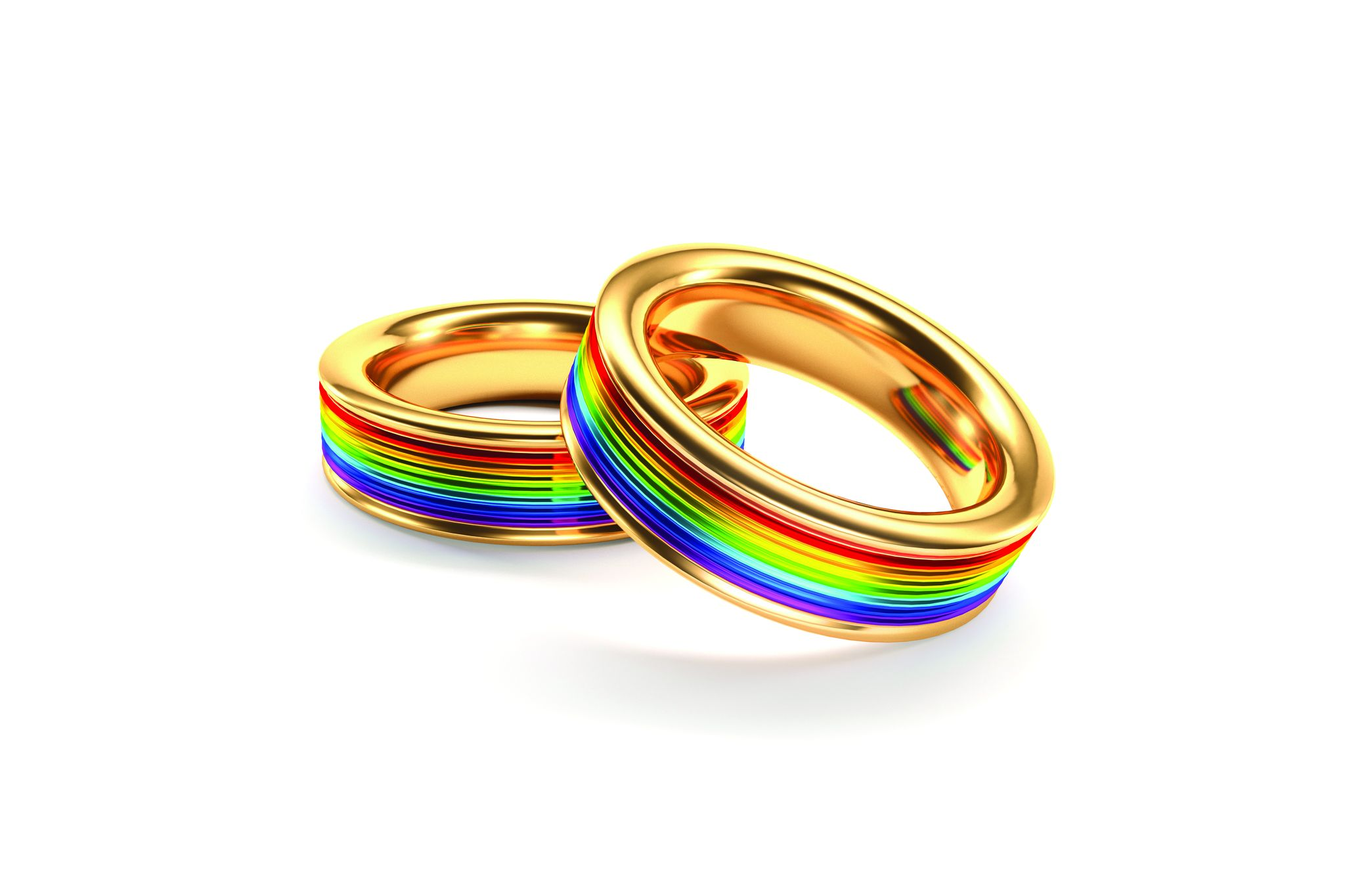 A resurgence of vinyl LPs lent tangibility to now-largely-digital music, perhaps out of the sheer kitsch factor. Music was digitally created, with Electronic Dance Music bringing a bounce to younger generations’ steps.

Even working and dating had turned digital.

It’s hard to spot anyone not staring at a cell phone. Reality TV made mega-stars out many unknowns. Online shopping became a thing, to the detriment of brick-and-mortar stores.

Women donned yoga pants and casualwear everywhere. Offices were becoming unnecessary to a whole generation of digital nomads able to work from anywhere powered with Wi-Fi.

Craft came back. A new appreciation of craft brewing, coffee roasting, distilling, woodworking, and much more was permeating culture.

It was the rebirth of the mountain man, beards sprouting from men everywhere, from long and flowing to neatly trimmed.

What will this next decade bring with it? An eagerness to see is now encompassing the world.

In the past, women—and many others—were often taught to “go along to get along”, not to stick up for themselves. Women and men were taught to tolerate and accept behaviors towards them that would otherwise be considered intolerable.

Will women begin to rule the world? Will people that may not identify with the gender they were born be embraced for the strength they have to find their true selves? Will positivity permeate the world? Will families be beautifully redefined? Will there be equality among all, finally?

We can all hope, and anxiously await and accept what’s to come.